Does the Family Court have the power to make Orders for a child to be vaccinated against Covid 19? 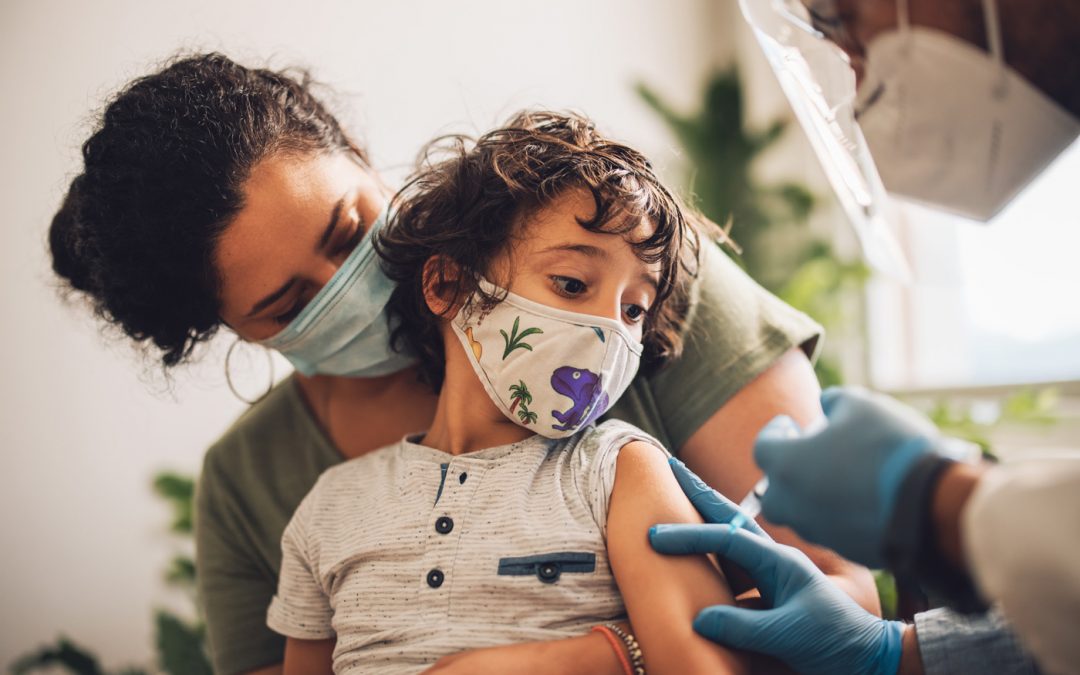 Family lawyers are seeing a significant increase in parenting disputes involving the vaccination of children where one parent wishes for their child to be immunised, but the other does not.

Where agreement between parents about vaccinating their children fails, those parents may make an application to the Court seeking Orders supporting their position.

The Federal Circuit and Family Court of Australian has established the National Covid-19 List during the pandemic to deal with urgent issues arising directly from the pandemic.

After submitting an application, the Court will assess whether the Criteria for the Covid-19 List are met. If they are met, a return date is given withing three (3) business days for urgent cases and within seven (7) business days for priority but non-urgent matters. If an application is not assessed as meeting the criteria for the Covid-19 List, that matter will be processed through the nearest Court registry and return dates within six to eight weeks.

There is no fixed position of the Family Court as to whether to vaccinate or not vaccinate however, history of the case law suggests that on most occasions, the Court will order for the child to be vaccinated.

Generally, when the Court has not made an Order for vaccination, it has been for lack of evidence (no expert evidence) and failure of the person to present their case adequately.

In Mains & Redden (2011) Fam CAFC 184, it was held that the Family Court has the power to make an Order that a child be vaccinated.

That view was affirmed in the case of Covington & Convington (2021) FamCAFC 52, with that case also affirming that jurisdiction is not dependent on whether or not the parties consent. Section 65 of the Family Law Act 1975 (Cth) (“the Act”) provides that in proceedings for a parenting Order, a court may make such parenting order as it thinks proper (alternatively or additionally see section 67ZC of the Act), and that order can be validly made even if there is no consent.

In Covington & Convington, the mother sought to withdraw her consent to final parenting Orders which provided for the vaccination of a ten (10) year old child and instead sought Orders for sole parental responsibility with the child not to be immunised or vaccinated. The father opposed the mother application, contending that the Orders for equal shared parental responsibility and for the child to be vaccinated in accordance with a vaccination schedule recommended by a pediatrician should remain in place. The father also sought a variation of the consent order that the mother be restrained from attending any and all pediatric and general practitioner appointments made for the purpose of having the child immunised or vaccinated to, in essence, limit the child from being exposed to the sort of language and fear in relation to vaccinations which the mother was exhibiting. This was granted by the Family Court.

The mother, on further application, sought a stay of the Orders, which was dismissed as the Court considered that vaccination, was in the best interests of the child, and the mother’s appear was “most unlikely to succeed”. The mother then appealed to the Full Court regarding the stay decision, and subsequently to the High Court of Australia on the basis of a constitutional argument in which the mother contended the Constitution forbids the Commonwealth provision of medical and dental services and provides a freedom from compulsory vaccination. Her appeal was found to have lacked merits, and was therefore unsuccessful.

On the other hand, the father’s submissions relied on the opinions of the child’s professional and medical research that showed the failure to vaccinate may exposed the child to harm. These arguments on the part of the father were child focused and based on the best interests of the child.

We see that the Court makes decisions based on the evidence before it and will only do so in the best interests of the child. Whilst there is no doubt that the Court has the power to order that a child be vaccinated, even if doing so is against the wishes of a parent, it is not a power which is exercised in an arbitrary or capricious manner..

An example of the seriousness the courts take with regard to this power can be seen in the Mains case. At the core of this dispute were the concerns held by the mother of the possible vaccination side-effects her child may experience if they received the vaccinations the child’s father intended. The mother’s concerns were due, at least in part, to the fact that she had suffered side-effects as a consequence of vaccinations when she was a child.

As the case proceeded through the Court, each parent obtained evidence from a variety of medical specialists, such as pediatricians and those with extensive experience in the field of immunology.

The mother was not satisfied with the original decision, which ordered the child be vaccinated. On appeal, each party provided further medical evidence to the court which included, on behalf of the mother, evidence from a doctor who suggested that prior to the child receiving a full suite of vaccinations a small number of tests could be carried out to determine the likelihood of any serious adverse reactions (if any) to immunisation. On the basis of that evidence (which had not been available to the original decision maker) the appeal court agreed that the matter should be re-heard by a decision maker who would have the benefit of the best possible evidence, including the evidence produced during the appeal, when making their ultimate decision.

It should be noted that the decision in Mains is quite different to the decision in Covington. Although both cases related to the issue of vaccinations and immunisations, their respective facts and the conduct of the parties were different.

Ultimately, the court will make decisions based on the best interests of the child.

Whilst parents have parental responsibility for their child until they reach the age of 18, there is a vast difference between a dispute involving vaccinating a 5-year-old versus that of a 17-year-old.

For a child who is approaching teenage years, or in teenage years (noting there is no fixed age to which the Court will consider views to be more paramount), the Court may apply what is known as ‘Gillick competency’ for applications for medical procedures (often tested in matters of gender dysphoria).

For a child to be ‘Gillick competent’, he or she must have ‘sufficient understanding and intelligence to enable him or her to understand fully what is proposed’ and to make their own decisions about their lives. The views of a child who is likely to be ‘Gillick competent’, for or against vaccination, is likely to be put before the Court if the Court is required to determine such issue.

The difficulty for parties to litigation with little or no experience in an adversarial family court system is that it is not simply a matter of one parent stating that they believe the vaccine is harmful or not.

It is the evidence presented to the Court including expert evidence under Chapter 7 of the Family Court of Australia (Family Law) Rules 2021 which support the particular child’s best interests that is the paramount consideration of the Court.

Your child/ren’s best interests are paramount. If you would like to discuss in confidence with one of our highly skilled and experienced lawyers about seeking parenting Orders, or any other Family Law matter, please do not hesitate to contact us on +61 2 8355 3737 or phone our national Family Law hotline 1300 559 888;  or fill out the enquiry form here.